Five Things We Learnt at SEWF

Marketing, how to grow (or not), policy … they pretty much covered the lot at the Social Enterprise World Forum in Addis Ababa. 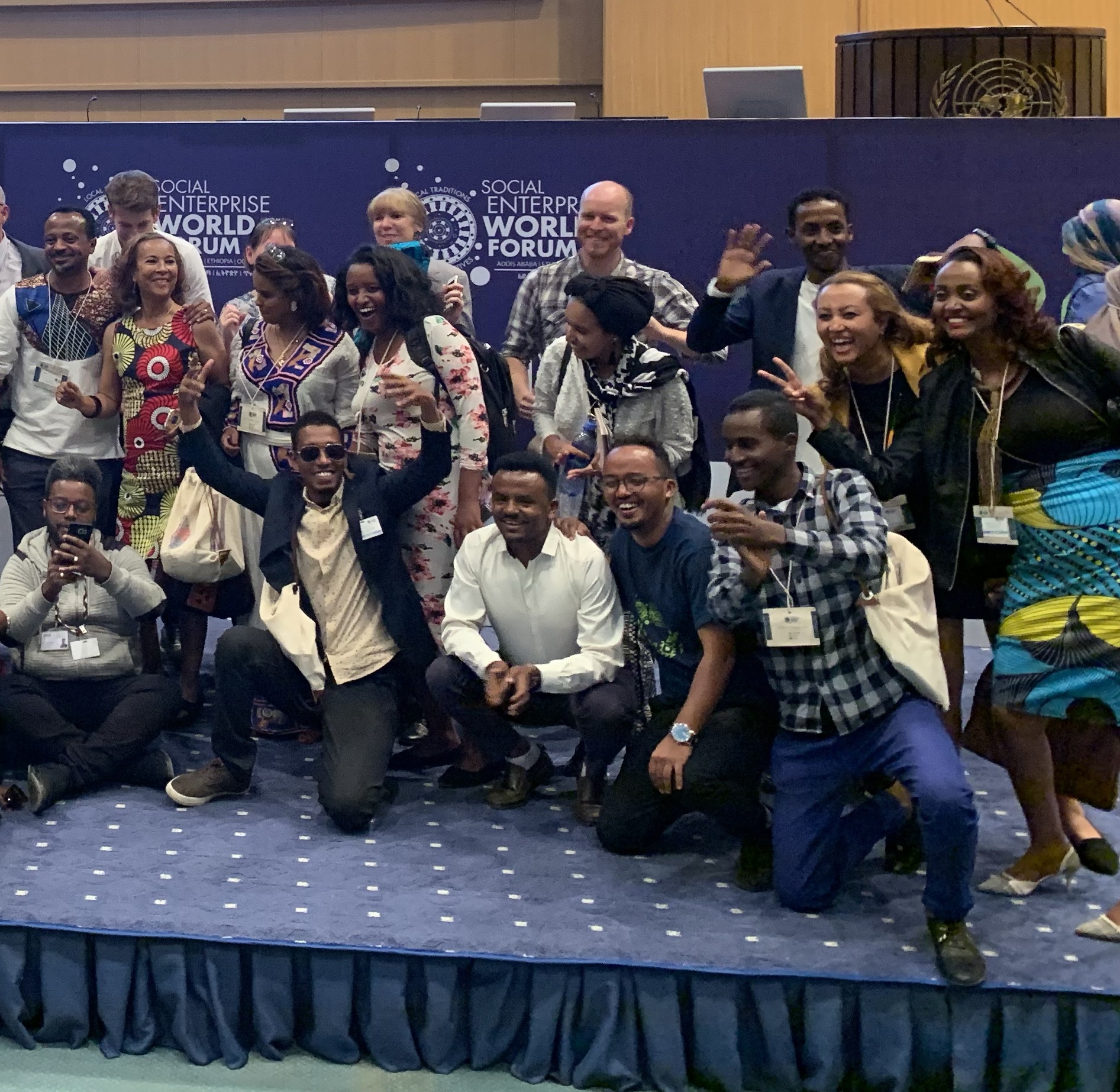 As a six year old refugee living in a camp, Valerienne Maltemps was chased by a man with a machete whilst out collecting firewood so that her family could cook.

She’s back in a refugee camp now, in Kigeme, Rwanda. It’s one of the biggest, with 20,000 people living there, most of them from the Democratic Republic of Congo.

But this time she’s working for Inyenyeri, getting people there to use clean cookstoves fuelled by wooden pellets. The Rwandan government requested that the UN refugee agency UNHCR stop supplying refugees with firewood to cook with at the beginning of 2019.

This has the double impact of being better for the environment and keeping women and children safe.

They’re trialling accreditation, to confirm an organisation is in fact a social enterprise. Arividya Arimuthu, from the Ministry of Entrepreneur Development let SEWF know that the certification idea came from the practitioners themselves because they were concerned about charlatans.

Guidelines were launched in April this year and they have had 50 applicants, 10 of whom are now accredited. But this is not much of a pipeline for commissioners to buy from. Arimuthu also confirmed that the government is considering identifying a percentage quota spend with social enterprises.

3 Sometimes the best advice is simple and clear

There were several sessions on scaling social enterprises at SEWF, including one titled ‘Small is beautiful, or bigger is better?’ questioning if growing is necessary or desirable. The session we attended left us short of practical tips to pass on but sometimes the best advice is simple.

Consider this from Amma Lartey of Reach for Change, Ghana on when the best time to scale is:
“You should only look at scaling if you have a product or service that works, if your customers are asking for more,” said Amma.

“You’ll have a product that does what it is supposed to do and customers that want to pay you for it.”
We love a bit of common sense.

David LePage of Buy Social Canada landed in Ethiopia and headed straight to a bar. But only so he could check what the result of the Canadian election was on TV. Or so he said.

Trudeau scraped through, and David expressed relief at the continuity so new ministers didn’t have to be persuaded about the merits of social enterprise. In doing so, he gave Scottish minister Aileen Campbell an open goal.

“Working with an electoral cycle doesn’t allow for long term planning, so that’s why we have a 10 year social enterprise,” she said. If only all governments were as forward thinking as Scotland’s.

The sun shone every day, the food was great and the organisers were seen dancing joyfully whenever the opportunity arose, something it was impossible not to smile at. They also had a joyously exuberant MC in Munit Mesfin who kept the energy up in the face of late nights and early mornings.

And there are, of course, lots of fantastic social enterprises here – about 55,000 according to the British Council.