How are social enterprises doing?

Fewer are identifying as charities and more of them are starting up. And they could help a divided nation, according to the Minister for Northern Ireland. 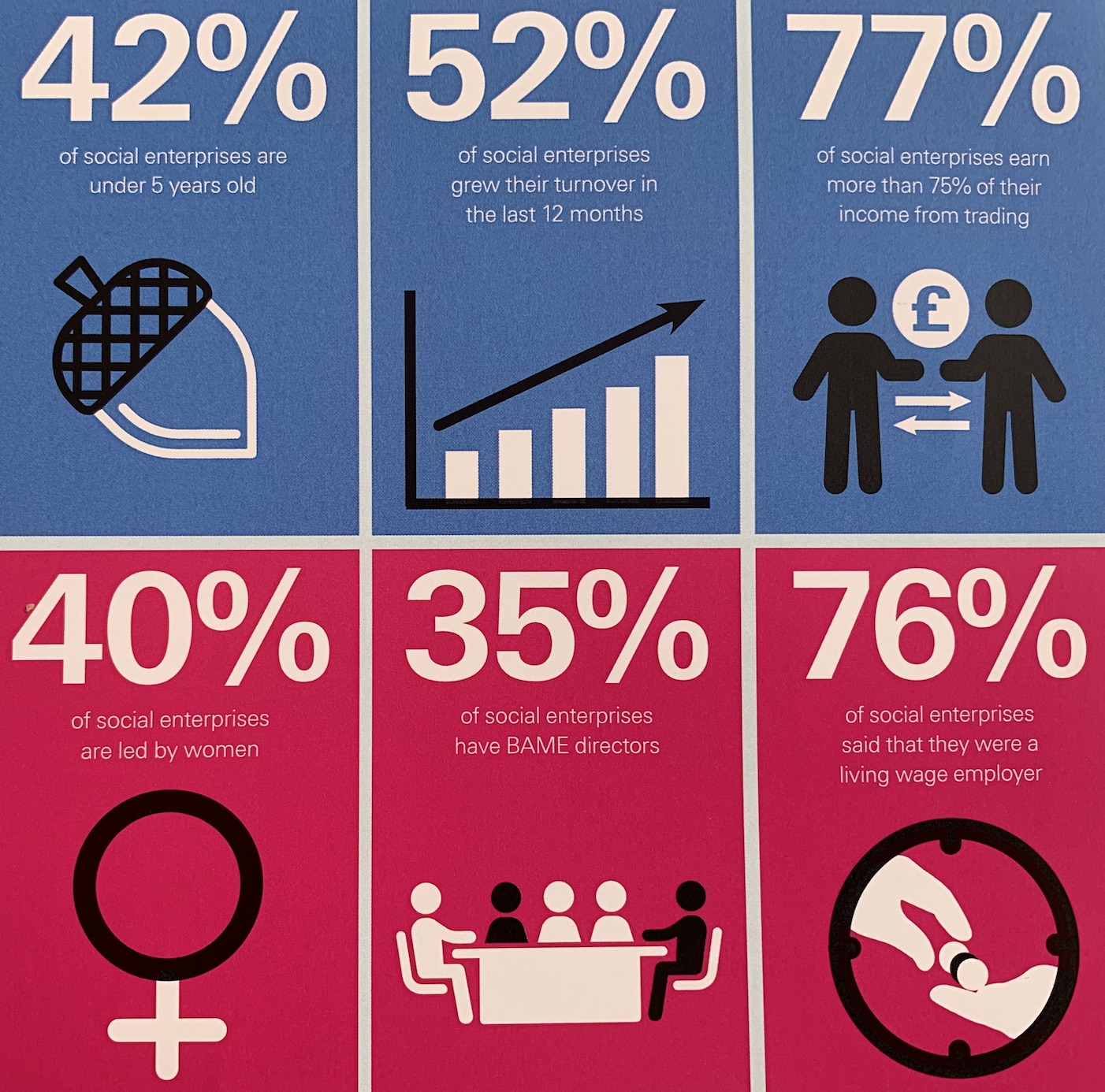 The title of Social Enterprise UK’s biannual State of the Sector report, Capitalism in Crisis? Transforming our economy for people and planet, served to emphasise what is increasingly the organisation’s rallying cry: we are businesses that have got answers to all the social and environmental problems the world is facing.

The backdrop for the report could not have been more apt, with Extinction Rebellion protestors camped out down the road from the central London location of the launch venue.

“Business has to be at the centre of solutions to our economic, social and climate crisis,” Lord Victor Adebowale, chair of Social Enterprise UK, told an audience at the launch of the report.

Amongst all the bonhomie present at Social Enterprise UK (SEUK) events, it’s nearly always Lord Adebowale who reminds people of the gravity of the work that social enterprises are doing. He is also CEO of social care organisation Turning Point.

Adebowale had earlier related the story of talking to the Chief Executive of Barking and Dagenham who had informed him that the healthy life expectancy (a government term for the number of years lived in self-assessed good health) of a woman in the borough (one of London’s poorest) was 55 years old. He contrasted that with wealthier Richmond, where it is 70.

“It’s not only immoral, it’s also really expensive. We can’t afford that kind of inequality,” he said.

Only 11% of those surveyed were registered as charities, a very different picture to 2009 when more than a third identified as such. The most common type of legal status are companies limited by guarantee (28%).

More than three quarters of them (77%) earn the majority of their income through trading and just over half (52%) had grown their turnover in the last year.

Figures also seemed to indicate that more social enterprises are starting up, with 42% reporting they were less than five years old – three times as many as SMEs. SEUK conducted interviews with more than 1,000 social enterprises to compile their figures.

Following the report’s launch, Minister for Northern Ireland Nick Hurd MP, hotfooted it over from nearby Westminster to say a few words.

Hurd, who as Minister for Civil Society represented social enterprises in parliament 2010-2014, will retire from politics at the next election. Stating he had never known the country so divided, he looked like he’d be glad to be out of the daily grind of Brexit machinations.

“In this election that’s coming you’ve got power because you’re a movement that is growing and is now very important economically and socially,” said Hurd.

“A divided nation ought to be listening to organisations that bring people together. A nation struggling to find solutions for persistent stubborn social problems ought to be engaging in a much more ambitious way with the social innovators.”