How to Start a Social Enterprise

Three very different types of social enterprises told us how they got started at the British Library Startup Day. Childcare, risk and funding were all part of the conversation. 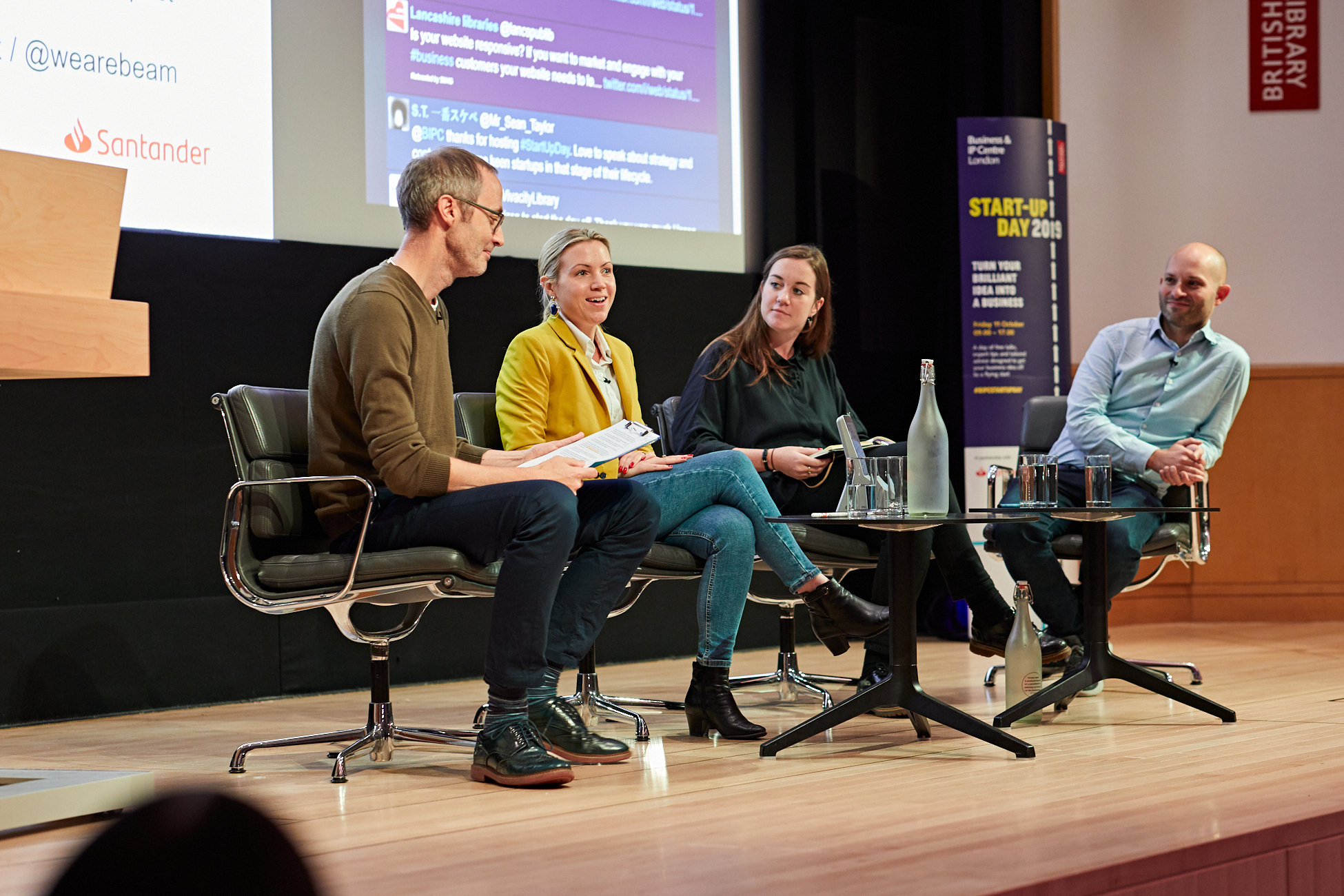 Three years ago, Alex Stephany had befriended a homeless man at his local tube station. He bought him cups of coffee and socks when it was getting cold.

One day he wasn’t there, only to reappear eight weeks later. He’d been in hospital after suffering a heart attack but was now back out on the streets again.

“Nothing I’d done had made any difference to this man’s life,” Alex told the audience at the British Library at their annual Start Up Day last week.

“Nothing that any of the things that other people had done had made any difference to this man’s life. We needed to give him skills, the confidence, the support, so he could support himself. That was going to cost more than a cup of coffee, but what if we all chipped in?”

From such ideas businesses are born. Alex started Beam, a website where people can crowdfund the homeless into work by paying for qualifications and other costs, like travel, childcare and clothes. More than 100 people have found their way out of homelessness with Beam’s support since it started in 2017.

Expert Impact hosted a Profit With Purpose session at Start Up Day and the three panellists provided plenty of insight into motivation, costs and strategy during the 50 minutes they were on stage.

And they were very different organisations. Goodbox is a company limited by shares, Fat Macy’s is a catering company that squirrels profits into a charity that then grants money to people wanting to move on from homeless shelters.

There were also marked differences in what they needed to start up. Goodbox sells a kind of modern day charity collection tin – a funky looking contactless gadget you can tap your payment card against to donate. They needed to manufacture these so start up costs were £600,000.

But co-founder Francesca Hodgson gave another very good reason why they needed that kind of money.

“To be able to leave my full time role and to be able to cover my childcare costs I needed to have a salary to do that. I think that’s fair that you value yourself in all of this,” said Francesca.

In stark contrast was Fat Macy’s, who got going by putting some money into a supper club to start with.

“We started with £500. If it had been a total flop it would have been like a really unsuccessful dinner party and we would have all stopped talking about it and pretended like it didn’t happen and instead it turned into a social enterprise,” Meg told the audience.

For more great insights about their businesses and what they have learned about their first few years in business, watch the video.