Everything you ever wanted to know about investors – part 2

Who holds the power in the negotiations? Why is finding an investor like dating? And how do you get the kind of investor you want? More gems from our recent Investment Masterclass. 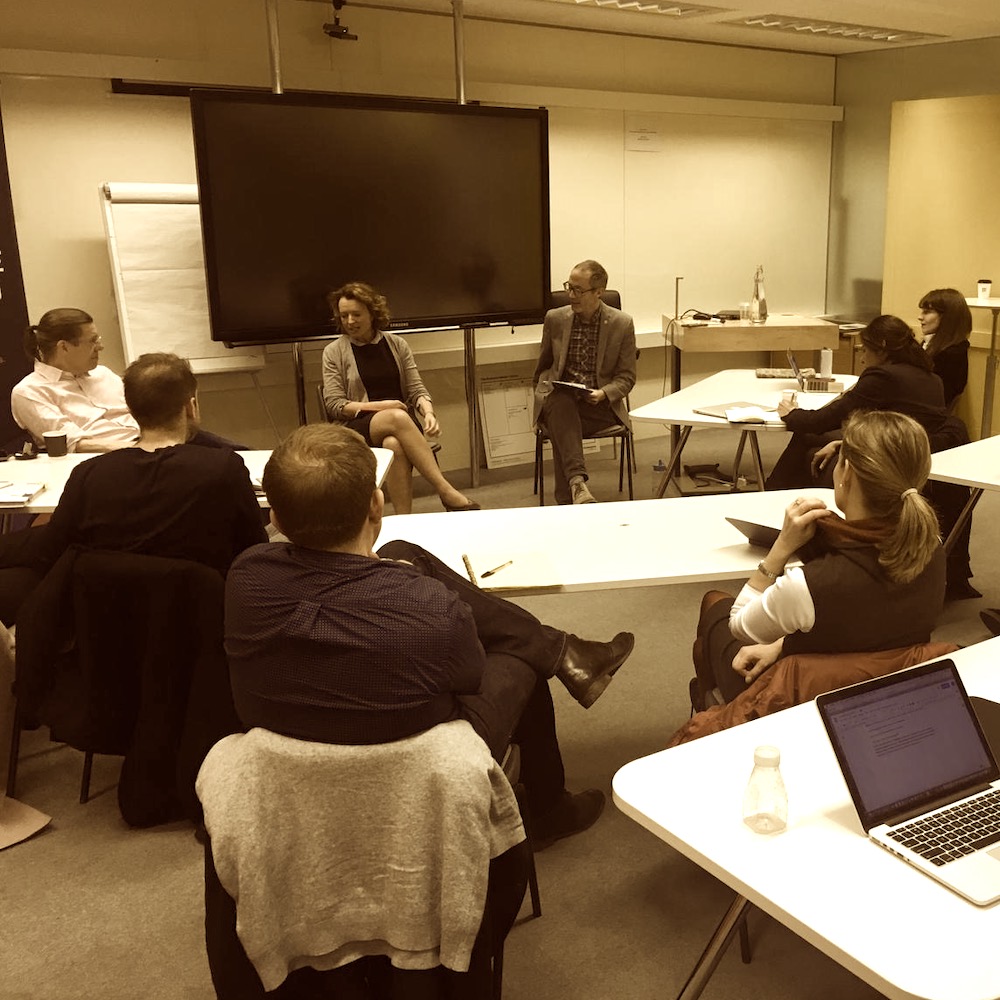 “You have to play hard to get,” Julia told us.

“You never want to be in a one horse race. If they think you can’t go anywhere else for money, they’ve no reason to move at any kind of speed … and they’ll string you along.

“There’s only so many conversations you want to have with people before they produce heads of terms. This is basically a very short document that says: if we were to invest (and we’re not saying we will) this is roughly how it would work and it’s normally a set stage with most venture capitalists. That’s when you know they’re being serious.

“You’ve got to be a wee bit careful girls – particularly with the boys – because I went on a lot of dinners.

“If you’re in your sixth conversation and you’re not talking about heads of terms they’re either stealing the knowhow of your brain or they’re trying to get in your knickers.”

Remember you are the customer

“You really want to take money from people that you really feel you’re going to be able to get on with because it’s not just about whether you think they’ve got a pretty face or they talk charmingly to you, it’s about if they add value to your business,” said Alex.

“Identifying investors who you like, respect and get value from, and even in the negotiation, can come to a satisfying outcome with – that’s representative of how the relationship is likely to go later on.

“You’re the customer in the relationship with the investors and you need to be satisfied that they are the right investor for you.

“That might feel counterintuitive because the way this gets portrayed in public is an investor stroking their pile of fifties and you’re going to be lucky if they decide to give some to you.

“But actually it’s really important to reverse that and decide you’re only going to take money from people that you want to work with and that are going to add value to your business.

“The reason that is so important is that then, the way you come across to investors is different. If you have that mindset you seem like a person who is in charge of your destiny and that is exactly what investors want to invest in.”

“I am an angel investor but I only really choose one business every two years,” said Julia.

“An angel investor is probably somebody that you know, have worked with in the past or have been introduced to.

“That investor might be your uncle Fred and they’re only putting the money in because they really believe in you and what you’re doing.  They might be friends or family or they might just be rich and a bit bored.”

“If you’re an investor working on behalf of a fund, it’s somebody else’s money that’s been given to you and you’re regulated by the Financial Conduct Authority and have a responsibility to try and invest that for them using all the skills that you’ve got.

“There’s no such thing as too early,” Alex told us.

“I write cheques for as little as £50K and I literally do that to two kids with an idea on the back of a fag packet who say ‘we can do this cool thing and if only we had £50K we could prove it to you’. That’s called ‘pre-seed’.

“When we do that, we write a convertible loan note so, instead of buying shares in the business, we are deferring the whole question of how much the business is worth until later.

“When they do start to sell shares in the business through more traditional raising of money, we want a discount on the price that everyone else pays at that stage.

“At seed stage we’re probably being presented with some prototype of a product or sometimes it’s a machine. So it’s pre-product and pre-revenue (no sales).

“The last thing we do is Series A investing – businesses that have got a product, started selling it and my rule of thumb is, if you’ve already sold £1m of product then I’m going to be trying to write a Series A cheque. I’m investing to try and get you to grow that.”

Missed Part 1 of Everything You Ever Wanted to Know About Investors? It’s here.

Julia Groves and Alex van Someren are available as mentors through the Human Lending Library. You can find more information here.