How coronavirus has changed business for Patrick Grant

Even famous faces aren’t immune from coronavirus having a negative impact on their business. We spoke to Human Lending Library mentor Patrick Grant, about the changes he’s having to make. 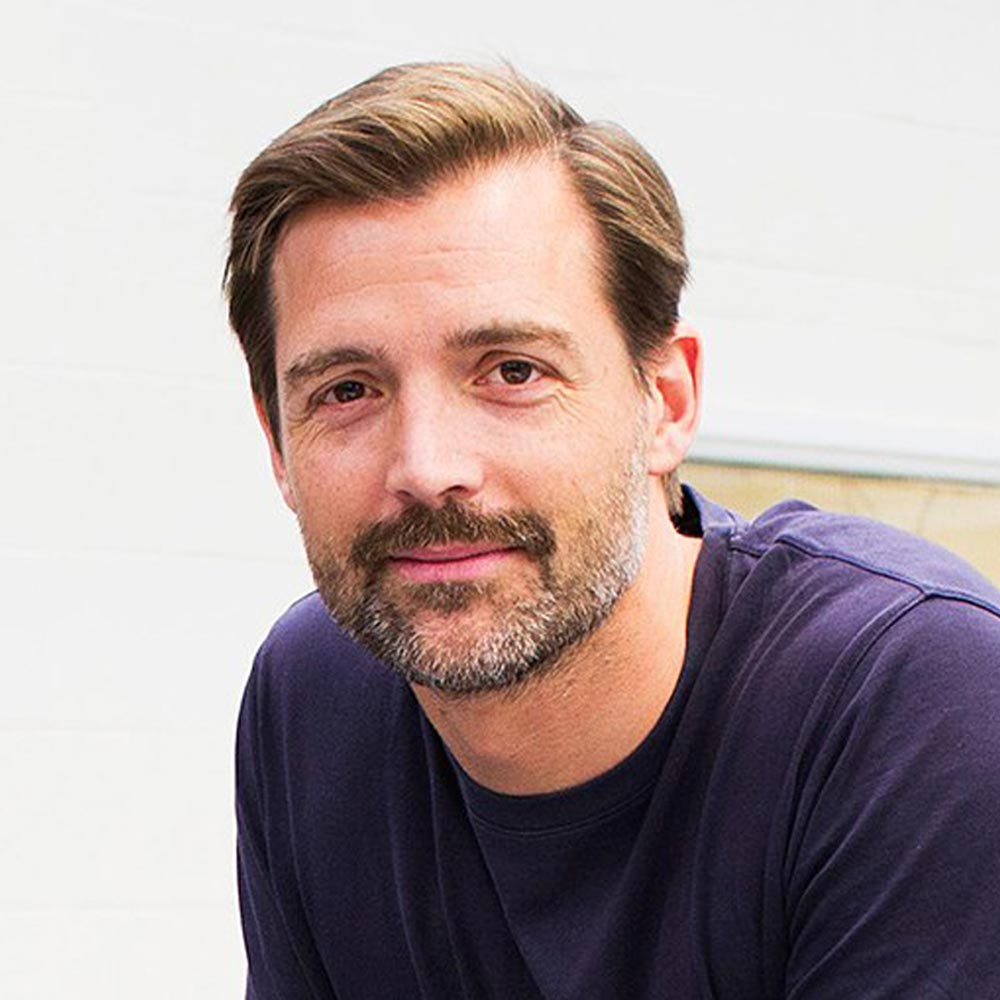 When we spoke to clothing entrepreneur Patrick Grant last week he was in the eye of the storm, trying to manoeuvre his businesses in an attempt to safeguard their futures.

To start with, he was switching his manufacturing business in the north of England over to producing for the NHS.

Just that morning he had driven to a factory near his own to borrow an additional machine that would put elastic into the waistbands of the 2700 pairs of scrubs he was making for the NHS.

Another local factory was helping to cut fabric, and another was lending a further four machines.

“At the moment, it’s absolutely like the wild west out there,” said Patrick.

“We are getting requests from health services, private health care providers, social care providers, local councils and national governments. There is an incredible scramble going on to procure medical supplies of all sorts.”

Patrick even had to move his base from south London to Lancashire to be near his factory in Blackburn. His factory manager, who normally commutes weekly, had returned to be with his family in Northern Ireland just prior to lockdown.

Aside from moving into temporary digs – he’s currently living in the guest annex of a friend of a friend – manufacturing in a global crisis brings huge challenges.

“It’s not that factories haven’t got capacity to produce but we haven’t got many of the materials that we would normally need to make the products we’re being asked for. The normal supply routes are completely inundated,” said Patrick.

Aside from the challenges in his production business, his retail businesses face an even bigger problem with the almost complete collapse of consumer spending in clothing.

“Our clothing retail business has been hit hard. On our biggest brand Hammond & Co, sales were at less than 5% of their normal level last week,” Patrick told us.

Patrick’s London based staff have been furloughed and he has applied to the Coronavirus Job Retention Scheme (CJRS) to cover 80% of their wages. But with weekly and monthly salaries due – possibly before the CJRS money arrives – there is a serious lack of working capital.

The government has also put in place the Coronavirus Business Interruption Loan Scheme for such situations, but Patrick is sceptical.

“I don’t think that scheme is working. As far as I can see the banks were told to apply normal lending conditions, which means you need to lend to a business that has positive cash flow and commensurate profitability.

“Of course at this moment in time, nobody is able to predict anything that looks like positive cash flow. There is no cash,” said Patrick.

Another idea is to try to negotiate delaying payment of debt. Their main lender is a major high street bank but Patrick said he has faced red tape and delays; even a call with their bank manager took two weeks to achieve.

He has also asked his landlords for more favourable terms: rent holidays on closed shops, rent reductions on offices for retail businesses where staff are furloughed, and a switch to payment in arrears on factory rent. So far the latter two have been agreed.

Despite this, his social enterprise Community Clothing, the mission of which is to create jobs and help restore economic prosperity in some of the UK’s most deprived areas, has largely escaped the worst of it, with sales around 80% of what they were expected to be.

“We’ve been communicating once a week with our customers by email just to tell them what we’re doing and to give some insights into our thoughts about business in general in a post coronavirus world. We’ve been inundated with incredible messages of support from customers.

“People that are doing things that feel right for the global community and for any local communities are going to be those people that succeed on the other side of this.

“Businesses that feel like business as usual, more consumption driven, low conscience businesses, I think are going to have a really tough time rebuilding the sort of level of customer engagement they had.

“Because having a social conscience is a minimum standard now for certain consumers. If you are not demonstrating positive social responsibility in the way that you operate your business, then I think a lot of people will just walk on past,” said Patrick.

And with that, he’s back to the 14 hour days that have become the norm, trying to keep his businesses alive.

Patrick Grant is available as a mentor to charities and social enterprises through the Human Lending Library. More info here.