John worked his way up from being a junior for legendary stylist Leonard to opening a flagship salon in 1975 on New Cavendish Street. The styling products John sold to personal clients had already earned a cult following. But in 1988 John Frieda launched the very first premium professional hair care range to the masses, exclusively at Boots.

In 1990, after teaming up professionally with Gail Federici (formerly the Vice President of Advertising and Marketing at Conair), John Frieda’s Frizz-Ease line debuted in the USA and the rest is hairstyling history. In September 2002, the John Frieda product empire was sold to the Japanese Kao Corporation, one of the most innovative and technically advanced companies in the world.

John is the co-founder of Great Ormond Street – HAIRraising appeal, a fundraising collaboration that hairdressers around the country took part in to raise money for a new Respiratory Unit, which opened in 2017.

We inspire and empower girls from the least advantaged communities by connecting them with a mentor and a network of professional female role models.

John was phenomenally helpful! He was so generous with his time, advice and connections. He got right to the heart of where we are at with the charity, and gave really clear and insightful suggestions about how to move forward.”

John was expressive, expansive, generous of thought and ideas. He affirmed some things for me and made me come back to a simple perspective rather than the mania that is the daily life of an entrepreneur.

London-based charity pioneering the use of professional coaching in prisons to tackle violence, promote rehabilitation and reduce re-offending.

I was inspired by John Frieda’s commitment to empowering his team, his passion for business, and his humility as a leader – he is a role model for anyone developing a people-focused organisation.

Baillie Aaron, Founder of Spark Inside

The reality of my Expert Impact session with John Frieda far exceed my expectations; I was hoping to glean some new ideas, useful reflections and potentially a few connections. What I got was so much more profound. John listened intensely, asked highly pertinent questions and shared significant insights from his own life experience. John is an incredibly warm and wise man and I’m incredibly lucky to have had this opportunity. Thank you.”

Grow Movement unlocks the potential of entrepreneurs in Uganda, Rwanda and Malawi by matching them with volunteer business consultants from around the world.

So valuable. John enabled me to focus and make my challenges simple..he took the clutter out of my head!”

GlobalGiving connects nonprofits, donors, and companies in nearly every country around the world. We help local nonprofits access the funding, tools, training, and support they need to become more effective.

John was informed, articulate, clear, resourceful and passionate about my work. It was great to hear back what is so exciting about GlobalGiving UK and the exceptional work we are doing to make the world a little brighter, a little better. John paid great attention to the detail of our challenges and structured a key actionable path to get to the next stage of our journey.”

It was great to meet with John. He asked thought provoking questions cutting through to the issues that matter for us at the moment. He offered helpful introductions I look forward to keeping him up to date as LRTT grows.

It was great to meet John – he was so down to earth and willing to give his time and support regarding the business challenges we discussed.

We’re creating thriving schools at the centre of thriving communities. We help schools generate extra income by letting out their facilities to local community groups.

At Special iApps, we develop educational apps for children with special educational needs, including autism, Down syndrome, cerebral palsy, hearing impairment and other learning disabilities.

Talking to John was fantastic, it felt more like 5 minutes than an hour and he touched on so many things that I could take away and look into straight away. He hit the nail on the head and got to the point very quickly, understanding my challenges and suggesting ways I can break through. John has clarified my next steps as his experience developing and selling his own brand is transferable to how we can promote and sell our apps and have a bigger impact.

Take control of your finances. We provide independent personal money advice for the real world.

Meeting John was an amazing and hugely beneficial experience. I was able to ask so many questions and it was great to get such amazing insights, advice and ideas. John has been there and achieved so much, so to be able to tap into that knowledge and learn from John’s experience was like gold dust.”

John’s style is very engaging. He asks great questions to get to the heart of the issues and shares openly his opinions and advice. He knows how to challenge effectively, and certainly pushed me to think differently about our ambitions, plans and company. My eyes have been opened to possibilities I hadn’t considered before.

Our vision is for an Ireland where everyone’s life is enriched by high-quality live music, delivered with their needs in mind, whatever their situation.

Thank you John for giving your time and sharing your experience and expertise. Your thought-provoking questions helped us look at different ideas and possible pathways to support the growth of our work. We look forward to sharing our journey with you in the near future.

From Babies With Love

From Babies with Love is the baby brand that donates 100% of its profits to orphaned and abandoned children.

John instinctively understood the opportunities ahead of us and unreservedly shared success and learning from his experience, translating it to apply to our business, advising me how to prioritise and what to look out for. I left the session fizzing with excitement to act on his advice. Thank you so much John!

Want to meet with John? 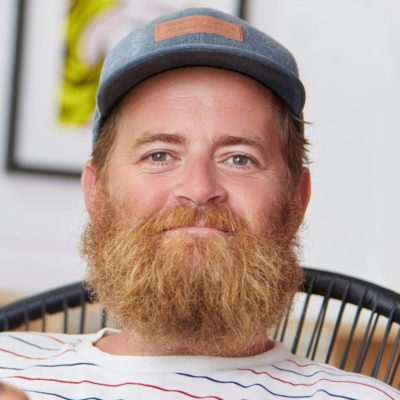