Open Cinema enables any community have a cinema or make a film, and builds pathways to education and employment.

Since 2009, we have launched over 50 film clubs in challenged communities, and now franchises across Europe. The venues have received hundreds of experts from the film industry, from universities and companies in a dynamic range of fields. The filmmaking programmes have now produced almost a hundred participatory and advocacy films.

David commands an eagle-eye view on companies poised to scale, and on the investment landscape catalysing their growth. It was valuable to spend the time considering my business from the perspective of a senior investment executive.

Commonplace is an intuitive web-based tool for collecting people's views on local issues.
Find out more

Seniors Helping Seniors® non-medical, in-home care has been matching seniors who need help with seniors who want to help, for more than 18 years with outstanding success.
Find out more

Care Scudo gives you that peace of mind. It’s a smart wearable device that links you and your loved one 24/7.
Find out more

We aim to make the world a better place by helping you communicate your sustainability message.
Find out more

We are a social enterprise that creates chances for young people to open doors into employment.
Find out more

Airbase is a platform enabling any premises to host courses of learning. It connects under-utilised spaces with tutors and learners.
Find out more

We want to make energy cheap, clean and convenient.
Find out more

A new kind of coffee company that is supporting homeless people into work by training them as baristas.
Find out more

Schools don't have the time or resources to teach financial knowledge and parents often don't know themselves. This is something that Domeg wants to remedy.
Find out more

A business network and support service aiming to create positive change through enterprise and entrepreneurial activities.
Find out more

Toys and games that develop emotional intelligence in boys and girls aged 3-9.
Find out more 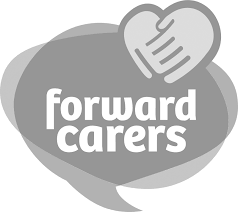 DrDoctor's vision is to transform the way care is delivered by empowering patients through simple, transactional and information services.
Find out more
Apply now