An innovative floating cycle path proposed for the river Thames.

London needs to think outside the box of conventional solutions to solve its deep-seated traffic and pollution problems. One of the answers is staring London in the face. The river Thames.

Proposed as the first step in reinvigorating the river’s historical role as a major movement corridor is a unique concept for a floating pathway called the Thames Deckway. It complements Transport for London’s plan for a new east-west cycling route through central London on the river’s north side by running a similar route on the south side along the river itself.

The proposed Thames Deckway will run close to the river’s edge. Well away from the main navigation channel, it will rise and fall gently with the Thames’ tidal cycle. There will be embankment ramps at strategic intervals and plenty of stopping points along the way to enjoy the views and relax at refreshment kiosks. The Thames Deckway will be able to host its own bicycle fleet, tailored specially for family use and offering infant carriages, child bicycles, tandems and tricycles for hire. The Thames Deckway will generate its own energy from a combination of sun, tide and wind and be entirely non-polluting.

Safety and security of cyclists and pedestrians will be the number one priority. Traffic density, traffic flow, river motion, river wave and any hazardous traffic or weather conditions will be monitored continuously by satellites, weather stations and on-board sensors that relay information directly to the Thames Deckway’s users.

Chris’ values were well aligned with a passionate interest in marine conservation and the environment and he had the vision to see the international potential and scalable growth for our social environmental impact clean technology company.

A bottle that squishes to fit in your pocket and stretches to fit 500ml!
Find out more 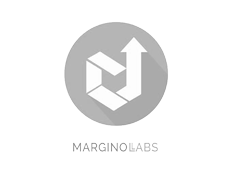 Marginol Labs produces organic cosmetics made from the waste products resulting from the manufacture of olive oil.
Find out more

Iconic Steps is a social enterprise which gives hard-to-reach young people unique and exciting opportunities to develop essential skills through media training in order to prepare them for employment.
Find out more

Noah’s Star allows parents to spend quality time with their sick and preterm babies without having to worry about their other children.
Find out more

Working to give every baby in the UK the healthiest start in life.
Find out more

Timewith wants to make therapy accessible to every person on the planet by providing a digital safe space that ensures no one is left alone on their journey to...
Find out more

The Dusty Knuckle is a bakery offering employment to those who need it most.
Find out more

We believe that every young person who wants a job should be able to get one.
Find out more

We are Social Enterprise Recruitment Consultants.
Find out more

Musica is a music and health consultancy with a clear objective to harmonise healthcare by embedding music into the dementia care plan journey.
Find out more

SEND Coffee hires and trains people with special needs or disabilities into jobs in the coffee industry.
Find out more