The Green Vic is aiming to be the world’s most ethical pub.

During a three month pop up the pub employed five vulnerable staff (3 homeless and 2 ex-offenders), raised £2000 for local charities, and made further impact courtesy of the drinks list, which included Ignition beer, which employs and trains people with learning disabilities, and Toast Ale, which fights food waste by using surplus bread to make beer. They also fed 27 homeless people too.

Following the successful pop up, The Green Vic is looking for a permanent home. 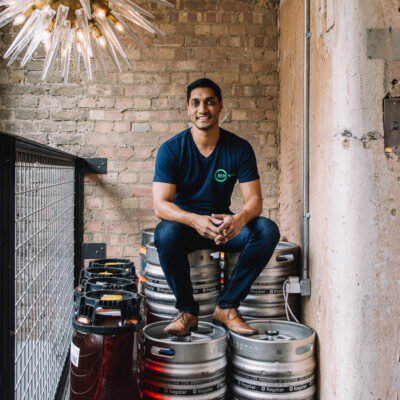 Meg has a wealth of knowledge & was incredibly helpful with her advice in a number of areas for my company. She’s incredibly friendly & I would highly recommend her to any entrepreneur.

We build public infrastructure and sculptures for the public realm from timber that has been reclaimed locally.
Find out more

MOM is an inexpensive, electronically controlled, inflatable incubator constructed to decrease the number of premature child deaths within refugee camps.
Find out more

At Fidler Music we believe that everyone deserves the opportunity to learn an instrument in a way that's engaging and fun.
Find out more

bio-bean is an innovative green energy company. We collect waste coffee grounds and turn them into fuel.
Find out more

It’s All About You Wellbeing CIC

We help schools and school leaders be more effective by helping them think differently and do things differently.
Find out more

Resilient Lives provide training and support to young and/or vulnerable people in and around Totnes, Devon, as well as supporting local charities.
Find out more

unpckd is a local delivery service for refills of dry & liquid refills as well as sustainable alternatives for disposable household goods.
Find out more

We campaign against marine plastics and offer sustainable and ethically sourced alternatives to the plastic bag.
Find out more

BBRC creates positive change in the Bristol and Bath region by raising and deploying impact investment and developing and building homes.
Find out more

Exponentials is a ‘hands on’ business accelerator and design consultancy that partners with early stage technology ventures and help them scale.
Find out more

We enable institutions to grow huge amounts of their own food, on their own premises, with a minimum carbon and resource footprint.
Find out more
Apply now